My pigeons had laid some eggs that I posted about a while ago....well those eggs ended up freezing into eggsickles. Then I noticed that they were sitting in the corner again.....So I shooed them away and they had 2 new eggs! Well these eggs have been around for a while and I checked on them today and they HATCHED!!! 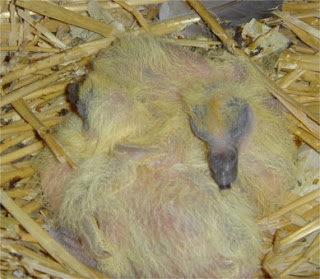 Yin n Yang...the babies!!! AREN'T THEY CUTE!!! hahahaha Beauty is in the eye of the beholder! 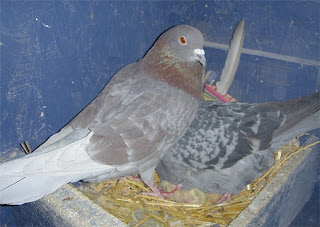 The proud parents and part of the babies. I nailed the coup shut so it won't be as cold in there. Hopefully it will warm up soon!


Then the other odd topic news is my Orcids!!! I bought one for my mom for Christmas 2 years ago at Home Depot. It has lasted this long and is SOOOO pretty! The blooms last for like a month! Way cool. The branches had died off and just grew back and the flowers just opened! Aren't they pretty! 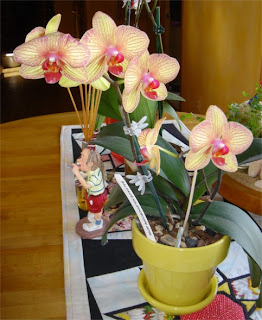 But the news is I bought another one at Steins. It had TONS of blossums and they are starting to open. It's cool too. 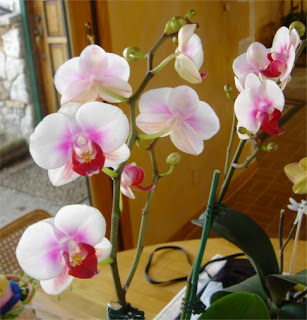 I am finally getting some rest after a busy but EXTREMLY fun weekend. I had a good friend stay over from Minnesota. Darcy and her two golden boys Sota and Rouser. They are from Yvonnes breedings and I welped Rouser when he was born. She was attending the Susan Garrett seminars too. Fun Fun.

Sounds like it supposed to be a warmer week....lets hope they aren't lying!!!
Posted by retrieverluvr at 12:10 PM