July 12th I had the girls entered in their last Obedience show for a little while. Bell had a great show and earned a UDX leg. She had some major screw ups in Utility that cost her alot of points. She has never made these mistakes so we will work on those before we train again. But she Q'd and had a GREAT attitude. I was very pleased with that. In Open she earned a Second place and I think 2 OTCh points. Good girlie! 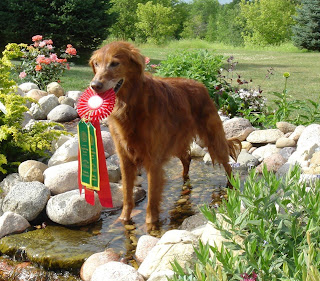 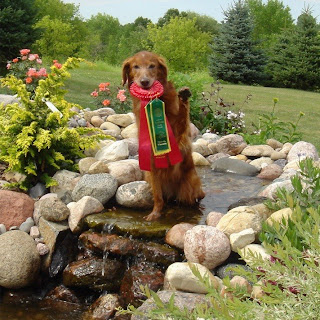 Miss Qwik was a superstar and earned her CD title with a FIRST place and lost a runoff for HIGH IN TRIAL!!!!!!! I was SOOOO excited about that, not the loosing the runoff, but that she was tied for it! She did a great job in the ring and I think we are starting to work more as a team. She had great focus and did her prancy prance heeling. She had a 198 her best Qualifying score yet! There were some really nice other Novice dogs too. I have 60 days to show her nonstop, then after the 60 days are up, she can show untill she earns a High in Trial. One of my goals is to get a HIT with her in Novice. For the Runoff she lost for HIT she had to sneeze while heeling and it was during the slow....she kinda forged ahead and let out a big sneeze then continued on like nothing happened. We had gone first in the runoff and the golden that went after us had a little bobble on one of the halts. So we didn't know till the Judge said. I thought Qwik should have won....... :-) 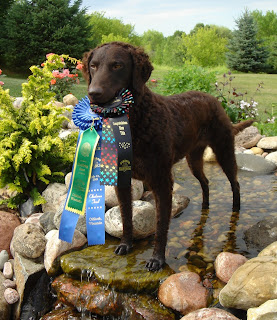 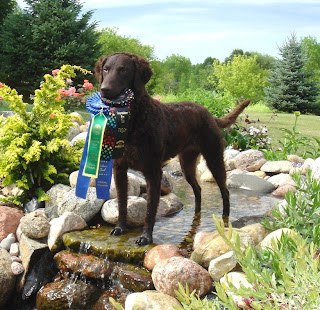 Once I am done with field for the year I will start Obedience and Agility back up.
Posted by retrieverluvr at 2:57 PM